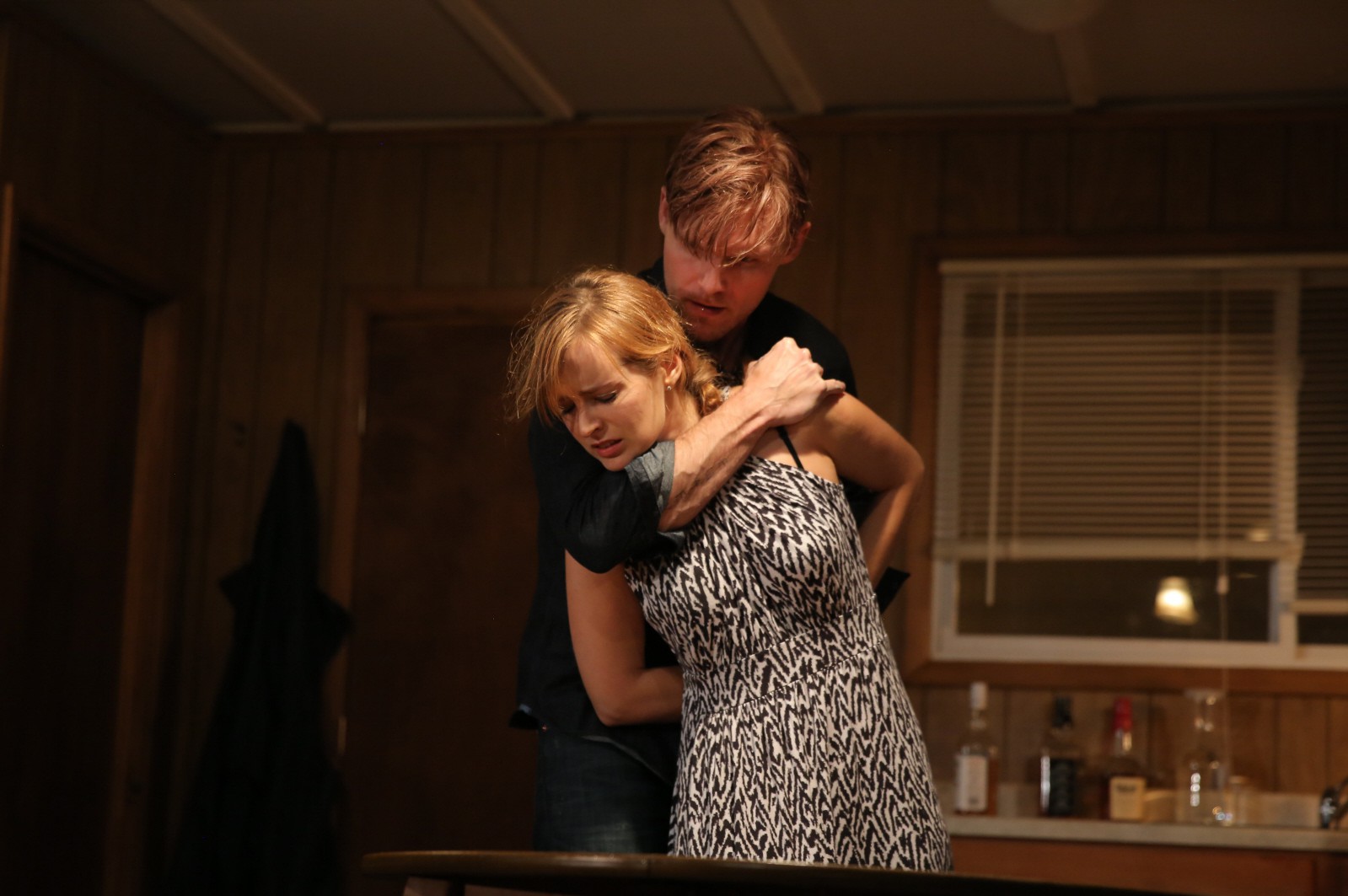 Richard (Scott Haze) is yanked out of high school and sent to a violent prison when he’s accused of rape by a rich, pretty, popular classmate. Five years into his nine-year sentence, Richard is released after the girl recants. He returns home to attend a high school reunion, drawn by an invitation from a woman named “Beth M.”  He discovers that Beth (Ahna O’Reilly) is none other than his former accuser, living under a different name and hell-bent on talking through their turbulent past on terms laid about by her psychiatrist. Using his status as a victim as leverage, Richard imposes the his will on the women around him, sexually manipulating a teenage girl and forcing Beth into an outfit and an outing she clearly doesn’t want. His misbehavior is bad enough to make us wonder if justice is being served or if Richard is simply an infantile, misanthropic asshole, and uncertainly further complicated by the deeper pockets of emotional damage revealed over the course of his homecoming.

The Long Shrift is set up to be a potentially fascinating examination of sexual consent and victimhood. Unfortunately, the execution is just awful. It gets off to a clunky start with a first scene that serves as little other than convenient exposition. Each dramatic beat is hit too hard and for too long. Richard’s mother Sarah (Ally Sheedy) makes countless nasty observations about gender difference that reek of authorial satisfaction rather than feeling like the thoughts of a specific character. Two separate scenes are dedicated to spelling out the play’s dominant theme. Everything is saturated in an aggressive bitterness that, while tonally appropriate for a play about rape, is exhausting in such relentless quantities. Strangely inappropriate cheap laughs are fished for during otherwise determinedly grim scenes. The real laughs come when playwright Robert Boswell fails disastrously while trying to wallop the audience with a thundering, Hail Mary metaphor. At one point Sarah, a distant look in her eye, remarks that her son “was above him on the social ladder by several rungs, and in high school that ladder is made of steel,” as though a steel ladder is more difficult to ascend than one made of any other solid substance. Perhaps “that ladder is made of warm butter” didn’t seem a stirring enough image.

The actors do the best with the material they have. Allie Gallerani as an overachieving high schooler and Brian Lally as Richard’s father provide the play with its only moments of warmth and intentional humor. Mr. Haze is engaging, though he seems to have picked up more than a few of director James Franco’s acting mannerisms. Ms. O’Reilly and Ms. Sheedy aren’t quite as good but it hardly seems their fault since the play’s two most important female characters simply aren’t given much to do. Sarah spends almost the entire play silently enduring Richard’s abuse and reciting prescribed mantras, while Beth’s presence can easily be reduced to one sustained, cynical chortle. Richard, on the other hand, is given a long string of vitriolic soapbox moments. On the hefty laundry list of The Long Shrift’s disappointing elements, failing to give women much of a voice in a play about rape is possibly the worst.