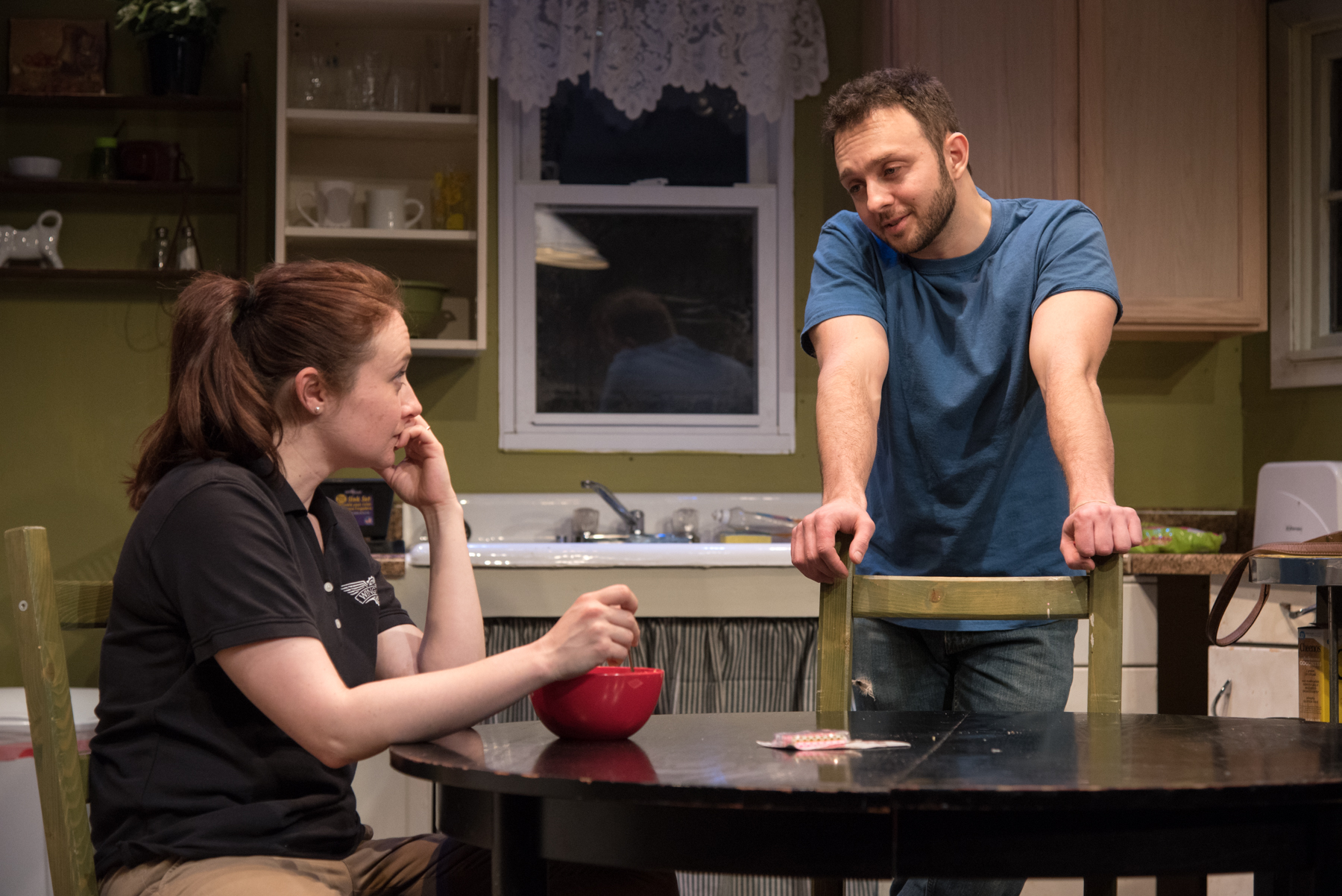 Despite his history of philandering and pill popping, Amber (Vanessa Vache) has decided to reunite with her husband Chris (James Kautz). Chris moves back in and fails to be of much help around the house. He pulls a meager income from bartending a few times a week and refuses to look for work elsewhere. Evidence trickles in that Chris may be having an affair with one of his coworkers but Amber is more upset about his neglecting to pay the minimum on their electricity bill, a blunder that plunges their house into darkness a day before their daughter Janie’s surprise birthday party.

Utility is a quiet drama. The pace is languid and the emotions are buried deep. It is a play that relies heavily on the importance of small gestures. Chris’ brother Jim (Alex Grubbs) cleans up the sugar Chris spills on the counter once everyone else has left the room. Amber adorns her microwave macaroni with a birthday candle. Chris uses inefficiently small garbage bags to conceal the presence of inflated balloons. In these infrequent moments, the characters shine through their drab surroundings. Very little happens in between. The boldest scene by far is when Jim admits that he sometimes thinks about an afternoon years ago when he and Amber smoked a cigarette on the porch.

It is fortunate that Utility has an actress like Ms. Vache to anchor its lack of action. Amber’s exasperation with both Chris and life in general is consistent and never flares into rage when things escalate. A lesser actress would have condemned her to being a one-note, slightly grating heroine. But Ms. Vache saves Amber with her elusive smile, an expression she conceals from the other characters. She gives Amber space for private moments of amusement and hope in a play that contains little of either. Ms. Vache and her capable costars make Utility feels less like a muted vignette and more like a work that treats the mundane with the respect it deserves.