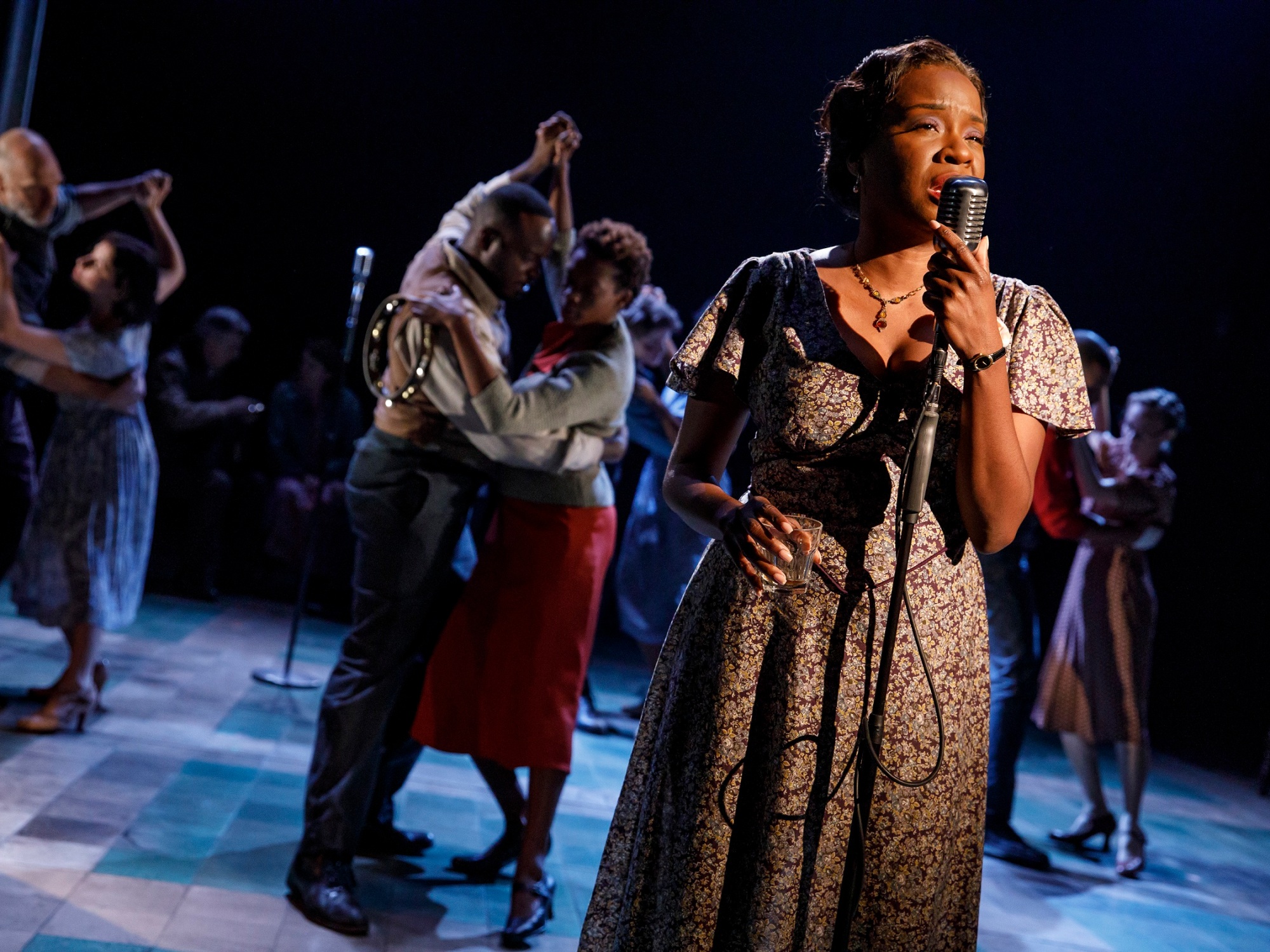 Transformation has been the only constant of Bob Dylan’s career.  Yet there are clear strains of American mythology throughout his body of work, from his early idolization of Woody Guthrie to peak-year releases like John Wesley Harding.  It can even be found in his born again years and embrace of gospel.  In “Gotta Serve Somebody,” his debut song as a Christian convert, he draws on a range of national archetypes: “You may be a preacher with your spiritual pride, / You may be a city councilman taking bribes on the side, / You may be workin’ in a barbershop, you may know how to cut hair”—but you gotta serve somebody.

There is a kind of intuitive sense, then, in using Dylan’s songs for a not-quite-jukebox-musical about the Great Depression.  In Duluth, Minnesota, playwright Conor McPherson populates a ‘thirties boarding house with a cast of down-on-their-luck characters.  There’s the proprietor, Nick Laine (Stephen Bogardus), and his wife Elizabeth (Mare Winningham), whose mental illness requires round-the-clock supervision.  Nick’s son, Gene Laine (Colton Ryan), is on his way to alcoholism, while his daughter Marianne (Kimber Sprawl) refuses to see that their little flophouse is only two months away from foreclosure.  Other residents include a boxer arrested for a crime he didn’t commit (Sydney James Harcourt), a slick Bible salesman (David Pittu), and a widow who’s been waiting three years for her inheritance (Jeannette Bayardelle).  Even without the doctor-narrator (Robert Joy) or the man who is “a little feeble in his mind” (Todd Almond), and who attacks some “poor girl” in the woods, the influences here are clearly Steinbeck and Wilder.

And the result is sincere and moving, a lovely little melodrama.  In Girl from the North Country, we hear snatches of Dylan rather than full renditions, creating a greater sense of fluidity between music and speech while also avoiding the pitfall of reverse engineering the narrative from the lyrics.  Once the story of the “Hurricane,” for example, becomes too specific, the cast moves on to “Idiot Wind.”  Furthermore, Dylan’s songs, even when they weren’t originally performed as such, serve well as gospel, blues, and country.  The onstage band makes sparing use of the harmonica, and Bayardelle, in particular, offers an exquisite take on “Went to See the Gypsy.”  Both mythic and small, Girl from the North Country has the folksy charm of A Prairie Home Companion with the tragic overtones of an Our Town.