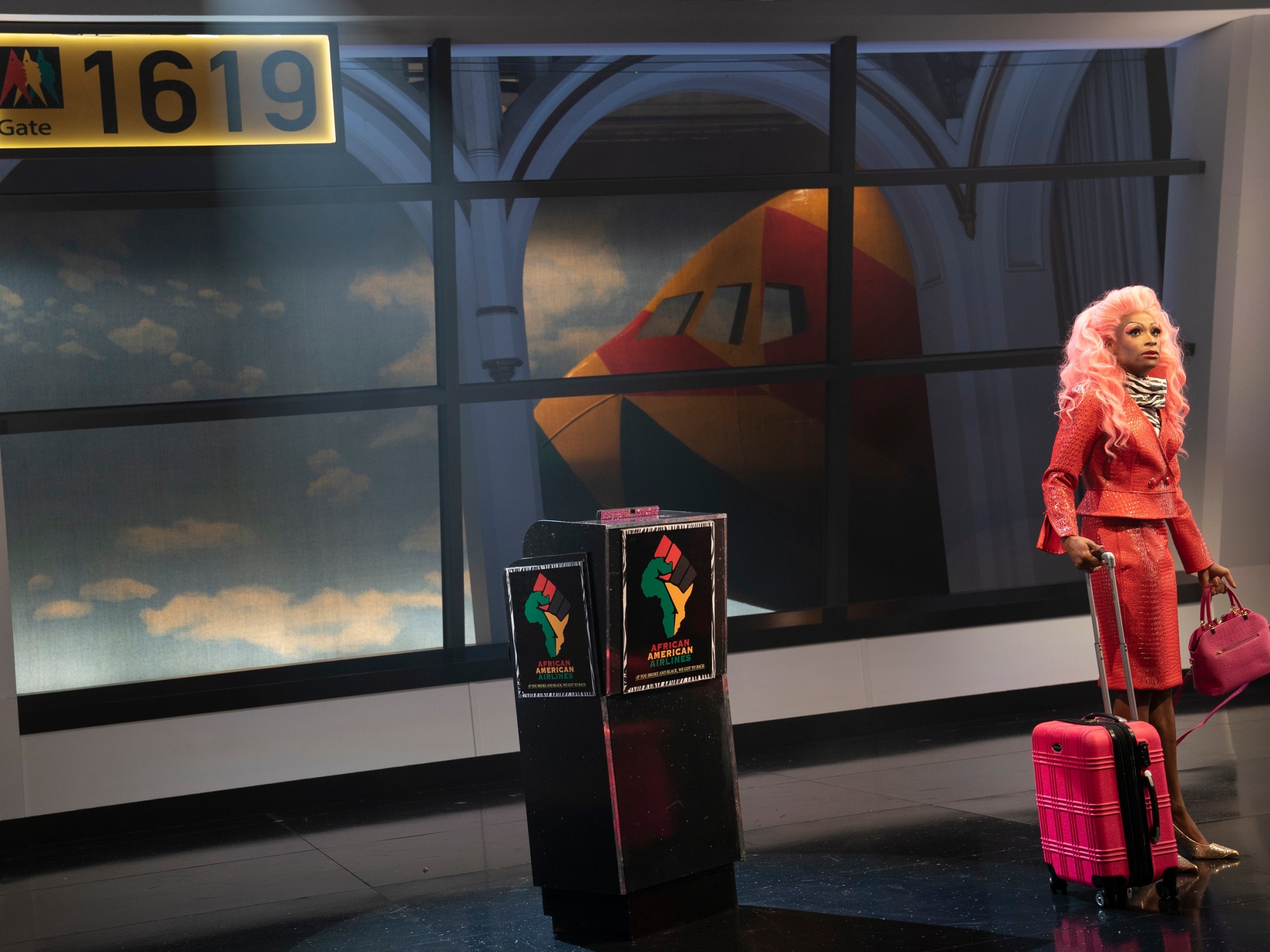 We open with an esctatic funeral celebration led by the Jheri-curled Pastor Freeman (Marchánt Davis).  Esctatic because Barack Obama has just won the presidency, and therefore Freeman is burying not only Righttocomplain, another victim of white supremacy, but their “suffering as people in this wretched land.”  From now on, “the President of these United States is yo nigga.”  For those who remember election night 2008, the misplaced optimism will feel familiar.  So will the whiplash.  The New York Times, after all, announced the following morning, “RACIAL BARRIER FALLS,” failing to add a qualifying article.  A racial barrier?  The racial barrier?  We are left to decide for ourselves, and the sounds of Pastor Freeman and his congregation are gradually replaced by news reports: the Flint water crisis.  Trayvon Martin.  The Charleston Nine.

Flash-forward to the present day.  The United States has offered a one-way ticket back to Africa for all Black Americans, but the flight is leaving Gate 1619 (note the number) soon.  Before it does, Jordan E. Cooper’s Ain’t No Mo’ offers a panoramic view of the county as many of its citizens prepare to finally exit the place that has both abused and defined them for four hundred years.  A bag placed downstage carries “our entire story as a people … as we make this glorious transition.”  Like George C. Wolfe’s The Colored Museum, from which Cooper takes the structure of his play, Ain’t No Mo’ provides a series of satirical vignettes representative of contemporary Black life: in “Real Baby Mamas of the South-Side,” for example, three Black women and one white woman “transitioning” from Rachel to Rachonda try to one-up each other with their outlandish and promiscuous behaviour; between takes, we hear their real voices, we hear about their real lives.  Their audience, of course, does not: for the viewers at home, caricature has supplanted character.  In “Circle of Life,” Zamata (Simone Recasner) waits in a very long line for an abortion she views as a means of preventing future pain.

Satire is tricky, quick to wear out its welcome as it relies on shock, a difficult response to maintain over the course of two hours.  So not every scene in Ain’t No Mo’ has the same intensity and resonance of that opening with Pastor Freeman.  Still, as we mourn the loss of Obama and the aspirational politics he embodied, Cooper is asking important questions: To what degree is Black America inseparable from the white supremacy that helped shape it?  To what degree is white America inseparable from its racist violence?  The two are intertwined in a destructive but also intimate relationship; is flight even possible anymore?