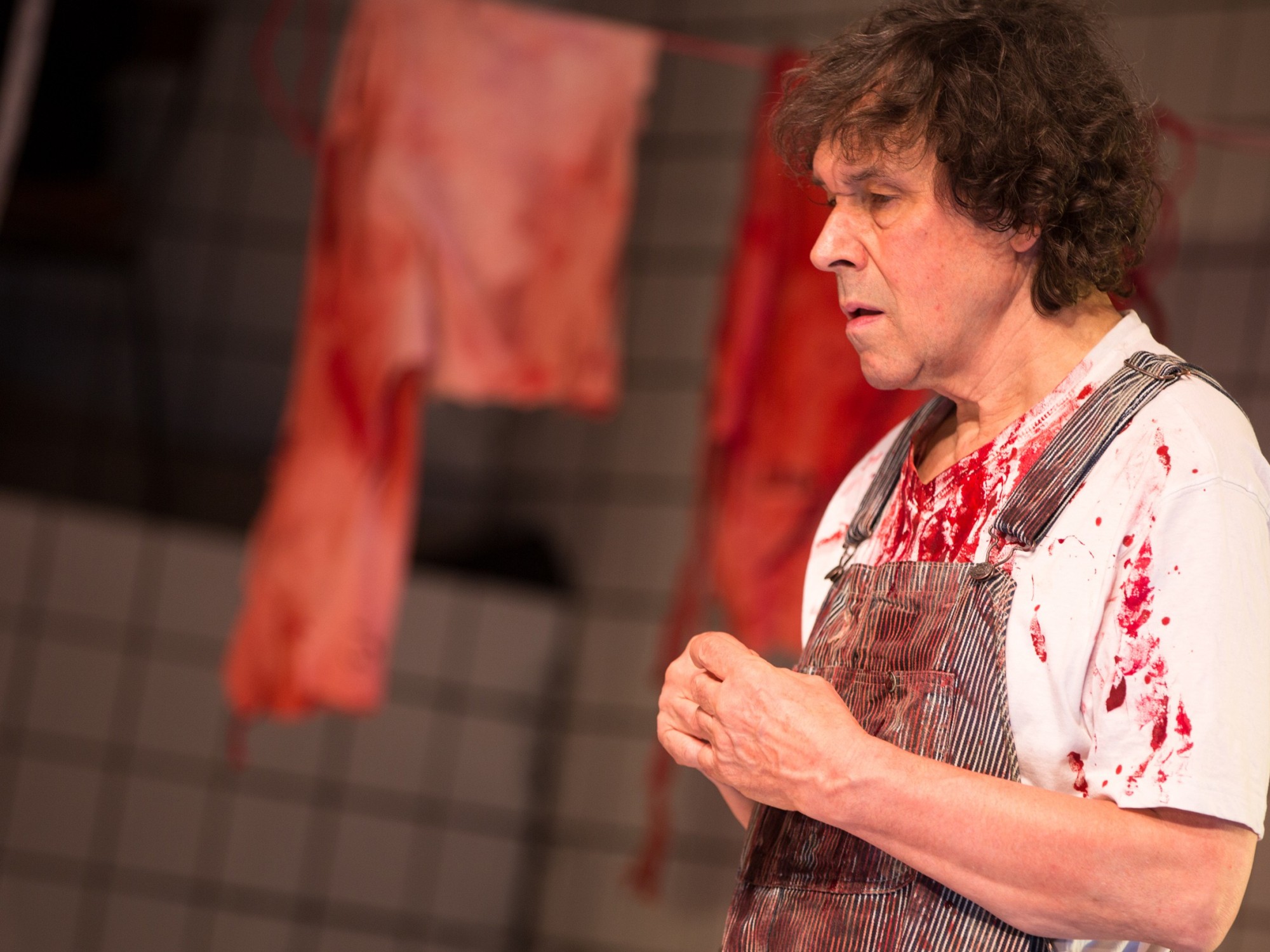 In Sam Shepard’s A Particle of Dread (Oedipus Variations), Sophocles’ tragedy has been rewritten (with Irish accents) and then paired with a modern variation set in California, where the past is reconstructed through forensic evidence and kingdoms are measured in Chevy dealerships.  Stephen Rea plays both Oedipus and Otto, the latter an elderly amateur crime investigator who visits the scene of a triple murder in the Mojave Desert to see if he can find any evidence ignored by the police; Aidan Redmond is Laius and the gangster Langos; Brid Brennan Jocasta and Otto’s wife Jocelyn; Judith Roddy Antigone and Otto’s daughter Annalee, who was married to a man who murdered their babysitter; and Lloyd Hutchinson the blind prophet Tiresias and the butcher Uncle Del.

The recoverability of the past—even of a past we may have participated in but do not remember—is central in Mr. Shepard’s play, which is littered with reminiscences about times when kings were kings, when steel ruled the world, and even when hitch-hiking was a respected art.  The scenes are more thematically than narratively fluid, unfolding in fragmented, dream-like vignettes punctuated by blackouts, with characters often passing but not recognizing each other as they make their entrances and exits.

Though it is occasionally stunning—as when Uncle Del nonchalantly yanks at a clothesline strewn with bloody skins (human or animal, we are not sure), all against the background of pristine, white bathroom tiles—A Particle of Dread reads better than it plays.  It is more effective as an experiment in adaptation than as a proper play.  In fact, it is almost as if Mr. Shepard has worked as hard as possible to drain his work of any catharsis, as the audience rarely feels any connection to his characters or their circumstances.  Additionally, the notion that the Irish accents have some relationship to the Troubles (as we are informed in the theater lobby) is entirely lost in translation.  What’s Oedipus to him, or he to Oedipus?  I’m not quite sure.