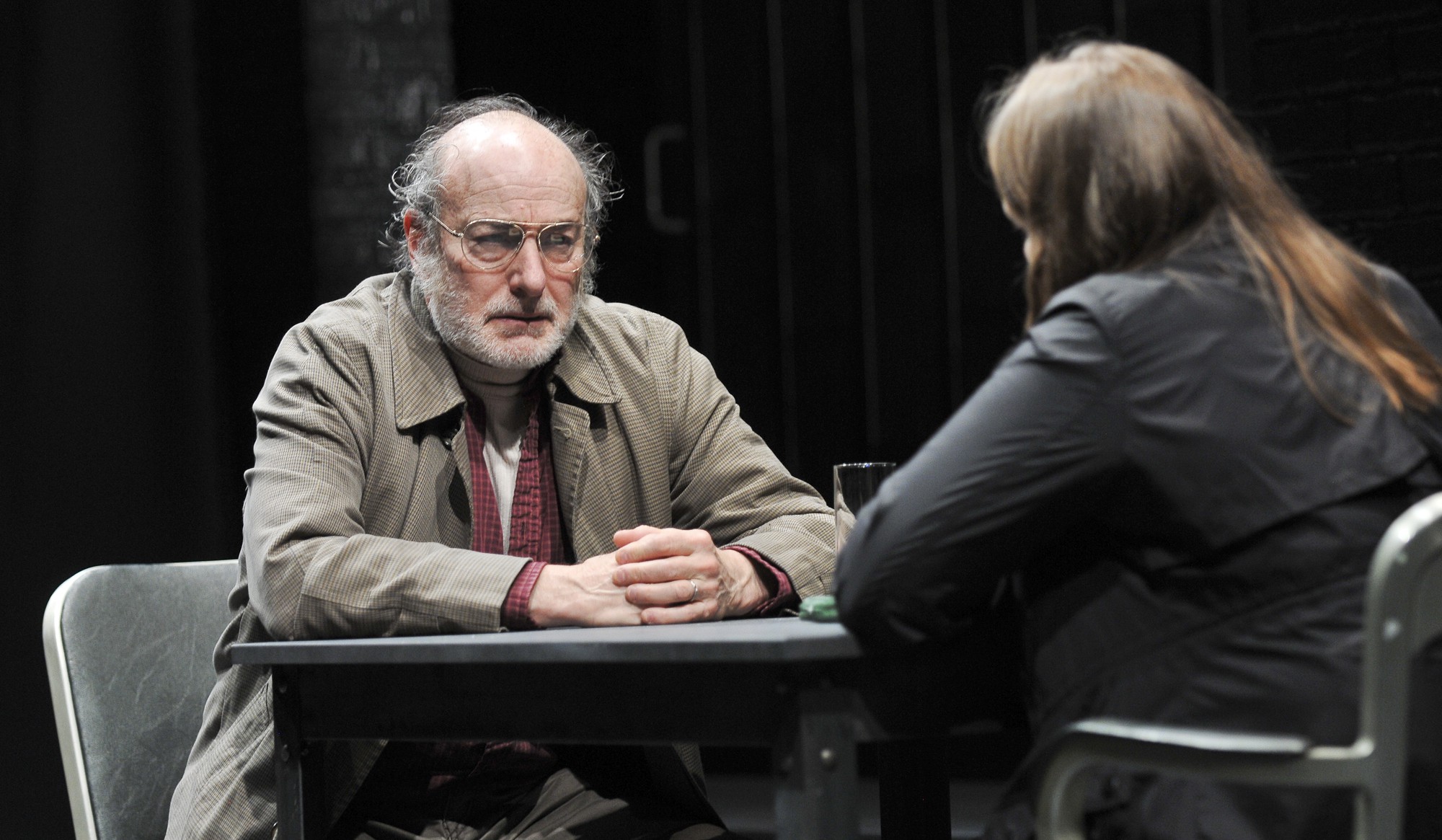 It seems relatively uncontroversial to say that one shouldn’t have sex with a nine-year-old girl.  But what about the image of a nine-year-old girl?  What are the ethical questions raised by a hypothetical virtual simulation in which a man can sleep with (and murder, if he should so please), a preteen?

This is the premise of Jennifer Haley’s uncomfortable but challenging new play about a near-future in which the internet (renamed the Nether) has become a deregulated free-for-all in which every conceivable whim can be indulged in without any consequences.  What makes The Nether uncomfortable is that Papa (Frank Wood), the proprietor of the Hideaway, a paradisiacal recreation of Victorian England and a haven for pedophiles, certainly makes a compelling case.  Papa is under investigation by a shadow police group and faces being forced offline if the Hideaway is not shut down.  His interrogator, Morris (Merritt Wever), swaggers with moral assurance, but her assurance is not invulnerable to his logic: what, he asks, can she expect if he is released into what he calls the “real real”?  “You don’t know what you do,” he tells her, “putting me out into the world.”

But Ms. Haley’s play is not all ethical conundrums; it is also a profoundly affecting drama.  The Hideaway is not only a futuristic saloon for sin, but a space in which identity becomes fluid as well.  Though Papa remains “himself” in this virtual reality (he is played by the same actor both on and offline), the Nether allows women to become men and men to become little girls.  A conversation, for example, between Papa and his pet prostitute, Iris (Sophia Anne Caruso), about love and abandonment, takes on added layers when it is revealed that the person “controlling” Iris is actually a lonely, disappointed, middle-school physics teacher named Doyle (Peter Friedman).  But “actually” is not the right word here, since Ms. Haley unsettles such rigid ideas about identity.  Is Doyle not Iris because his “real real” body suggests otherwise?  It certainly seems as if he feels more comfortable in hers, more able to express and to receive love—and yet, the word for those who permanently cross over into the Nether, “shades,” is the same as that for the souls of the dead in Greek mythology, many of whom were forced to spend eternity aimlessly wandering around Acheron, unable to pay for the ferry ride to the afterlife.

Still, no matter what your opinion might be on the difference between virtual and physical sex, few of us feel the same way about the image of a nine-year-old girl as we do about a nine-year-old girl in the flesh.  The fact that Iris must be played by Ms. Caruso adds an additional, metatheatrical tension and works to collapse the difference between these two categories: we may be watching, within the context of Ms. Haley’s drama, a digital recreation of a girl, but there remains nonetheless a real girl onstage.  Ms. Caruso is fabulous in this capacity, able to embody both the body language of a child and the tenor of a more sophisticated, more emotionally haggard soul.  Mr. Wood is also superb: bald, trim, with an unsettling smile, his Papa seems to be well aware of the face he presents to the world—all he is missing is a John Waters mustache to complete the quintessentially perverted visage—and it is a testament to his talent that he overcomes this caricatured picture and summons more humanity than we usually see from fictional pedophiles.

Perhaps the best compliment that can be given to Ms. Haley is that, after The Nether, I really have no answers to the questions she raises. “There is a line, even in our imagination,” Morris insists.  And “if there has been no consequence, there has been no meaning.”  Maybe.  Or maybe, as Papa says, “I am protecting my neighbor’s children and my brother’s children and the children I won’t allow myself to have, and the only way I can do this is because I’ve created a place where I can be my fucking self.”