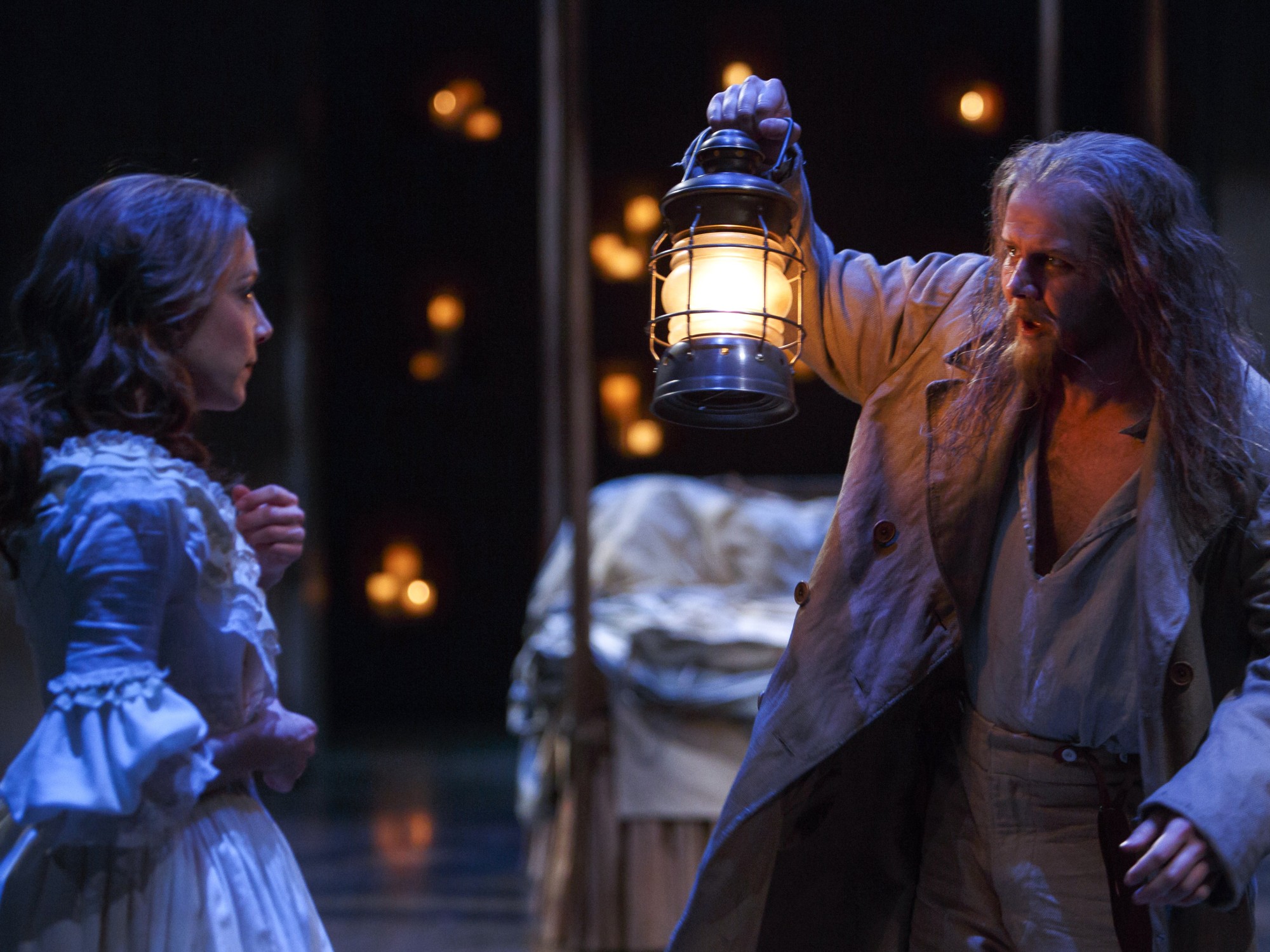 STRATFORD, ON—Casting is key in the Stratford Festival’s Pericles this season.  The play, after all, is concerned with cycles, with births and deaths and rebirths, with inverted repetitions.  Thus, E.B. Smith plays Thaliard and Leonine, the first a failed assassin of Pericles (Evan Buliung), the second of his daughter Marina (Deborah Hay).  Wayne Best, in turn, appears as the apparently kind but secretly incestuous father King Antiochus and the apparently antagonistic but secretly benevolent father King Simonides.  Ms. Hay, for her part, takes the lion’s share by tripling up on roles, playing not only the aforementioned Marina but also Antiochus’ daughter, unnamed in the text, as well as Simonides’ daughter (and Pericles’ wife) Thaisa.  Convoluted in explanation but clear in execution, this gives Pericles a dreamlike if not a literal logic, imbuing this most mysterious and psychologically impenetrable of Shakespeare’s plays with the atmosphere of a fairy tale.

But casting is just the anchor of an all-around spectacular production.  In Henry V, Shakespeare’s chorus asks the audience, “And let us, ciphers to this great accompt, / On your imaginary forces work … For ’tis your thoughts that now must deck our kings.”  Director Scott Wentworth makes such decking easy, and he can summon the image of a ship in our mind’s eye with something as small as a toy boat or something as simple as a piece of rope.  Mr. Buliung handles Pericles well—the part doesn’t offer much in the way of introspection—and Mr. Best, pale and sickly, is so unsettling as Antiochus that his transformation into the bouncy and jovial Simonides is doubly impressive.  Ms. Hay, probably the standout of the entire festival, provides more subtle transitions, her presence quiet but forceful, and in her final manifestation as the young Marina, she appears positively shorter.

At the opening of Pericles, we are given a striking image of Antiochus in bed with his daughter, she on his left and looking rather like a silently bitter wife.  At its close, the happily reunited Pericles sits on the same bed with Marina, she to his right and delighted to have found her long-lost father.  This epitomizes the manner in which Mr. Wentworth has appealed to myth in his rendering of the play and in the small but profound ways in which he works upon our imagination.  In directing one of Shakespeare’s toughest works—toughest because it does not conform to our standard ideas about Shakespeare—he has excelled unconditionally.

The Adventures of Pericles runs through September 19th at the Tom Patterson Theatre.  111 Lakeside Drive  Stratford, ON.  2 hours 40 minutes.  One intermission.