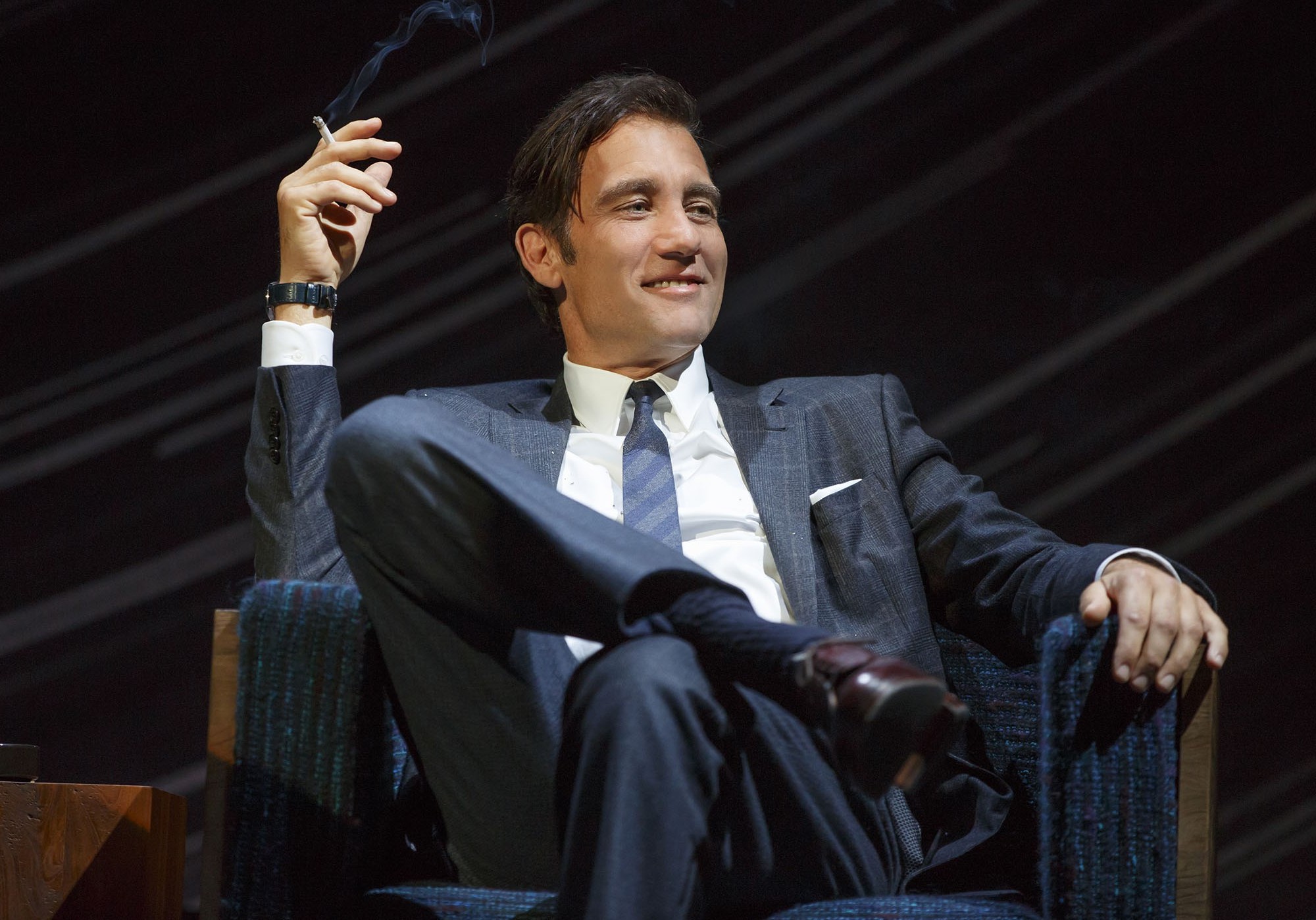 Clive Owen drapes both hands over the arms of his chair. With a taut stillness that could be mistaken for calm, he looks exactly like a lion in the moments before it will pounce. One gets the feeling he could rape or murder without mussing up his suit or disheveling his thickly gelled hair. His movements are precisely charted, but charted, like the lion’s, less by consciousness and more by nature, by an instinct for blood. His speech is crisp, jokey, and often menacing because it is jokey.  In other words, he is the ideal actor for Harold Pinter, a writer who continually returned to human viciousness but always refrained from depicting the moment of the kill. Instead, his characters circle each other, trading gentilities laced with poison, and emerge victorious only after language has justified the violence.

Old Times, which was written feverishly after a period of drought, spirals through Pinter’s other obsessions as well. The play opens with Deeley (Mr. Owen) and his wife Kate (Kelly Reilly) discussing the arrival of her friend, Anna (Eve Best), who she has not seen in twenty years. The two were young in London together, Anna outgoing and Kate crippled by shyness. In seventy minutes, memories are summoned and confused, identities challenged and interchanged.  At first, Deeley’s role in this past is that of an observer; later, he is revealed to be a participant.  In a typical moment, Anna says, “There are some things one remembers even though they may never have happened.” (Though Pinter himself said of the play, “It happens. It all happens.”)

Ms. Reilly’s Kate is quiet and wraithlike, Ms. Best’s Anna a more concrete force.  When Anna asks Deeley, “And poor Katey when you’re away?  What does she do?” Kate replies, languid, “Oh, I continue.”  Later, asserting her monopoly on Kate’s past, Anna tells Deeley, “I remember her first blush.”  The three often form an equilateral triangle on the stage, underlining their distance from each other but also literalizing the nature of their relationship.  Though a ménage à trois is never realized, we can almost imagine Deeley licking his lips when he says to Anna, indicating the divans, “We sleep here.  These are beds.  The great thing about these beds is that they are susceptible to any amount of permutation.”

Thom Yorke of Radiohead provides some nicely minimalist (and minimally employed) music, while set designer Christine Jones emphasizes Pinter’s interest in watching.  “The word gaze.  Don’t hear it very often,” Deeley says, but beneath him the stage is shaped like an eye and behind him the backdrop is marked by concentric circles.

Considering that he is the greatest playwright of the last century, Pinter is shamefully underperformed in this country.  We should be seeing him at least as frequently as, say, Samuel Beckett—and I don’t include star-driven, weak tea productions like 2013’s Betrayal.  The casting of Mr. Owen could itself send the wrong signals.  But this is no celebrity bid for respectability.  This is first-rate Pinter: clean, cold, and devastating.