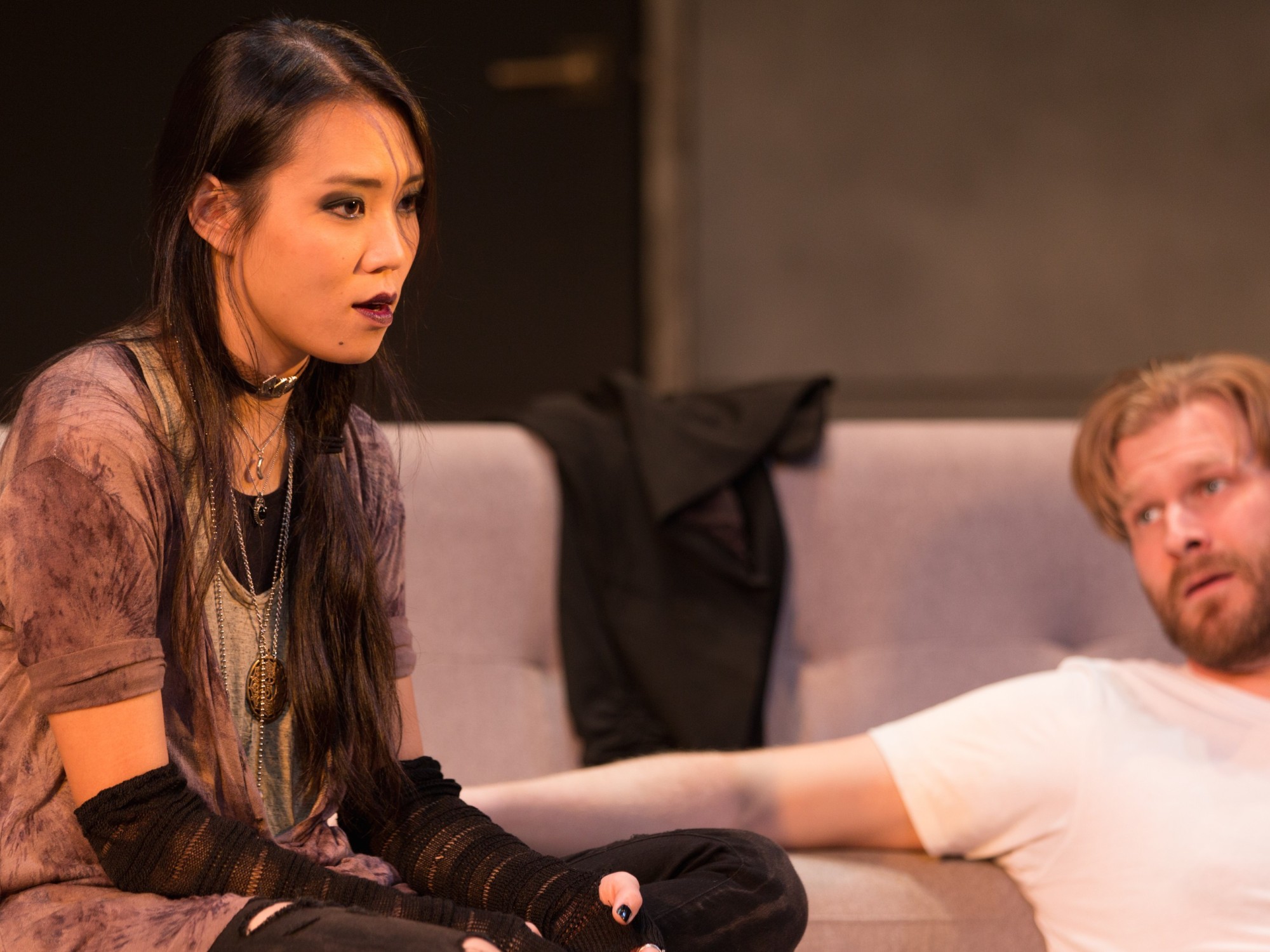 With these tales nearing finality, Promising opens another scandal as true as those plaguing New York’s political leaders. The handsome, well-connected, and ambitious City Councilman David Carver (Jake Robards) is accused of sexually assaulting a young college student while he is seeking re-election. In retreat from the press, Carver, his campaign manager Verity (Jolie Cursinger), longtime friend and advisor Shed (Zachary Clark), and visiting half-sister Gemma (Kim Wong) fortify themselves in Carver’s apartment. The apartment—steely, sparsely decorated, views of the Hudson through floor to ceiling windows—is the arena for an unobstructed examination of developing events that demand cool, unemotional decision making, where Carver is forced to plan and execute his response to a developing scandal.

It’s from this isolated location that Carver and his team deliver a message to a voracious news cycle, one that can take radical turns without forewarning. Promising expertly simulates today’s 24-hour, internet-based news cycle, its frenetic pace, diminished attention span, and group-think tendencies that occasionally provoke harassment of such intensity that town riots ending in tar and feathering seem tame by comparison. In this news cycle, a victim can become villain, misinformation can become the orthodoxy, and the stroke of a key can amplify or smother a story.

Verity—like so many other political professionals—lives on her cell phone, keeping a pulse on breaking news and opinion. Moments after releasing a statement from Carver, Verity sees a headline containing new information about the girl who has accused Carver of assault: “Alleged Victim in Carver Case Had Abortion.” The team recognizes the array of consequences this information creates: “They’ll crucify her. They’ll make her sound like the biggest slut in the world,” Carver says, insisting they rewrite their statement. “My statement coming out after this leak makes it look like I orchestrated this whole thing.” The team scrambles to withdraw their statement and grasp control of something stable in the story’s shifting landscape. “Get Ed to hold the statement … I’ll try! … Who’s gonna believe that? The leak benefits me!”

As more confessions emerge, Carver and his team construct new defenses, ways to rationalize his and their behavior. It’s in this phase that Promising strikes on a question central to scandals involving elected officials: can this person still be a net positive? What if they had or have good intentions? Silver’s defense team questioned how bad his crimes could be if he was helping a friend. Skelos’ attorney’s argued he was just helping his son. By the end, Gemma asks the same question to Carver’s team that attorneys will ask the juries in the federal corruption cases: “Can he make the world better?”