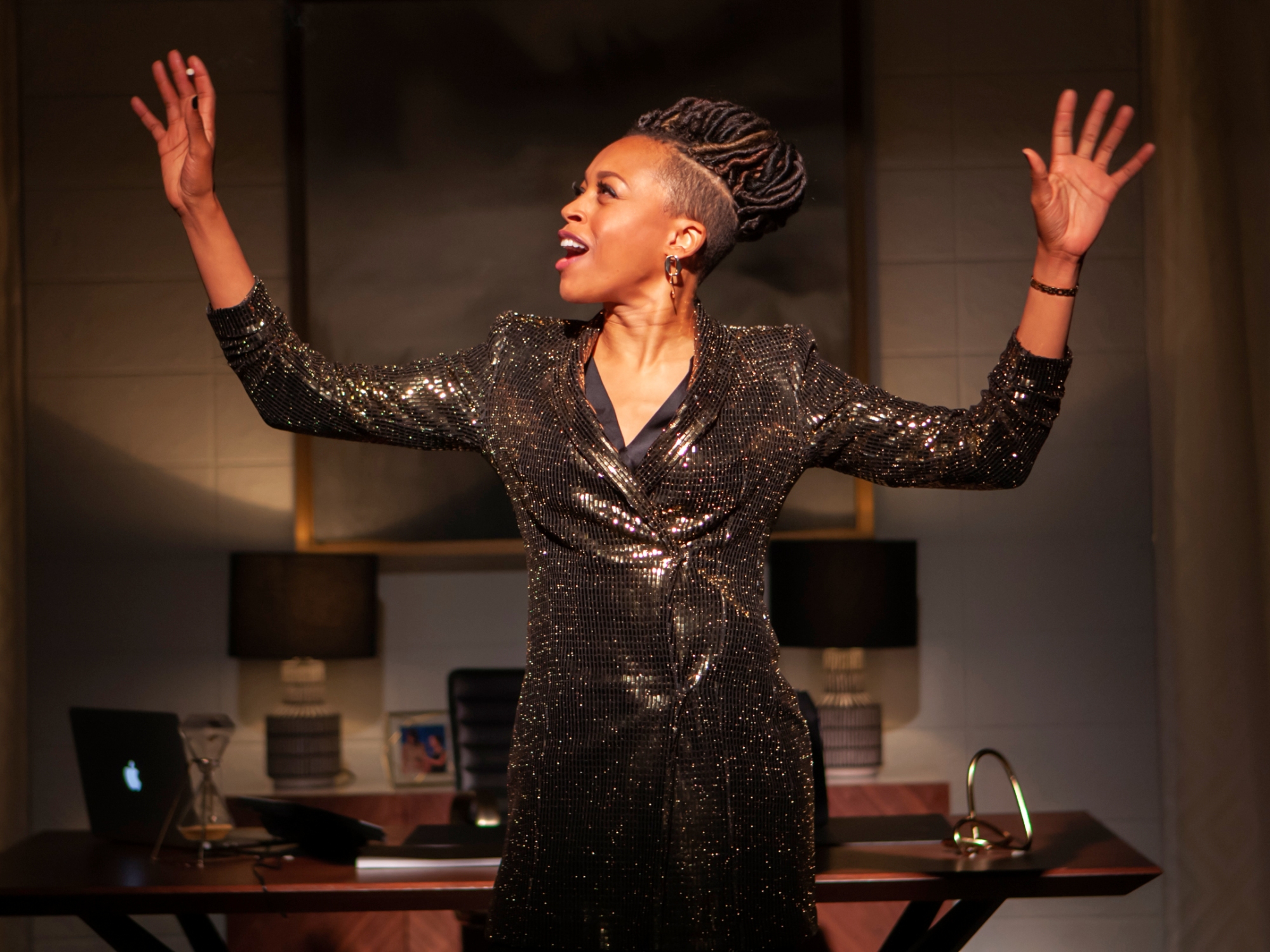 Undine Barnes Calles (Cherise Boothe) is a boutique public relations executive catering to the Black bourgeoisie.  She wears gold jackets and leopard-print coats; her hair rests atop her head like a crown.  When the play opens, she is sitting behind her desk, barking orders at her assistant (Nikiya Mathis) and scrambling to find a celebrity or someone “celebrity-like” to attend her benefit for fallopian blockage.  But soon Undine’s husband, Hervé (Ian Lassiter), disappears with all her money, and she is forced to return to the Walt Whitman projects, where she left her family fourteen years ago.  Plus, she’s pregnant.

Fabulation, or The Re-Education of Undine is fairly typical Lynne Nottage: the play is consistently engaging and funny without ever transgressing the boundaries of conventional American theater.  The action is lively and fast-moving but always safe.  When Undine meets an unspeakably optimistic recovering addict (also Lassiter), one who offers to play partner in her pregnancy after their first date, the arc of the drama becomes inevitable.

Still, Boothe is excellent in the title role, sharp and cynical and commanding, hiding her vulnerability behind a veneer of bravado; her energy never flags as Undine slowly resettles into a life of modest sincerity.  But ultimately the material is unambitious, making Fabulation an enjoyable if somewhat unremarkable evening of theater.