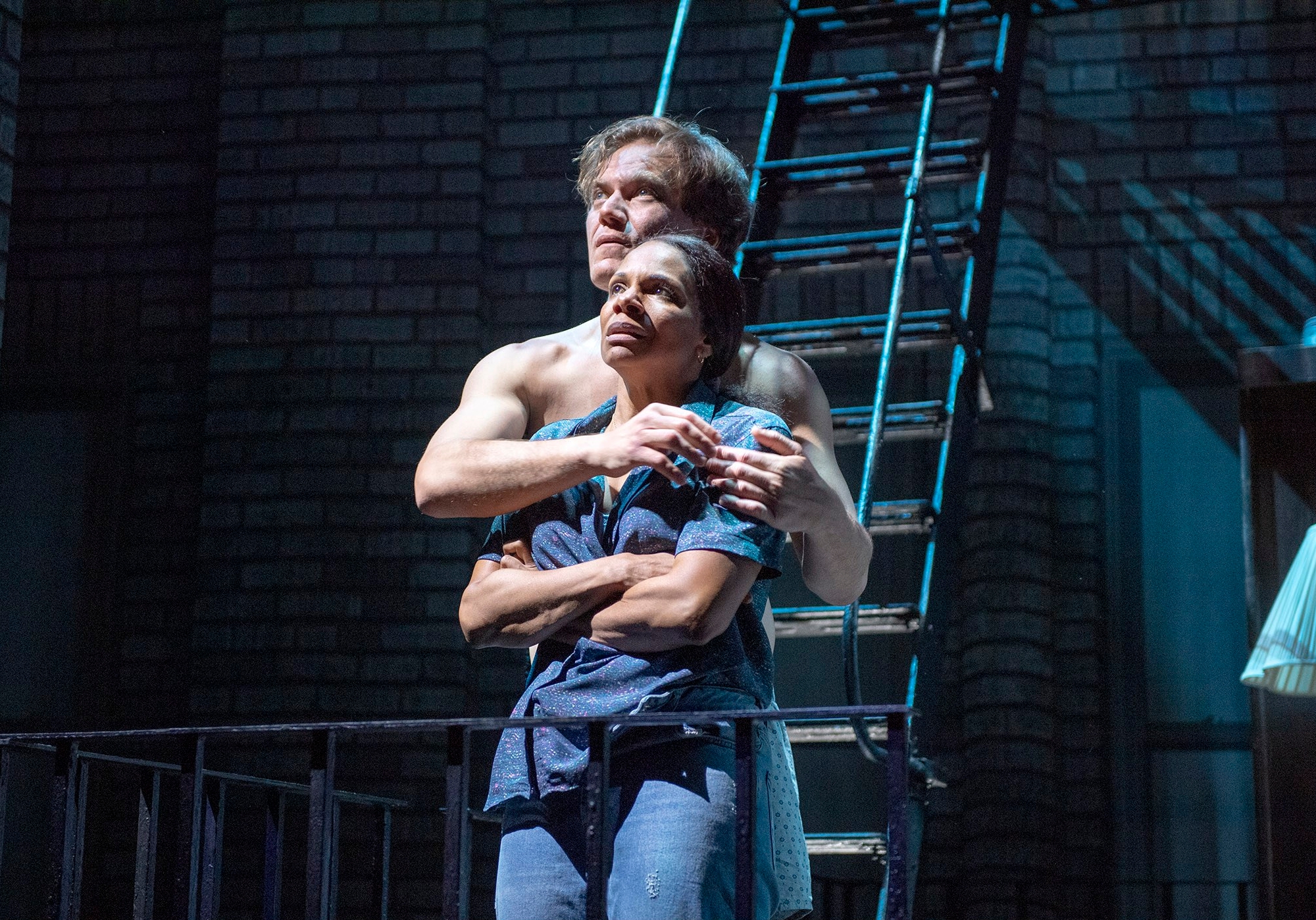 A man and a woman make ecstatic love. Afterward, the woman offers to make the man a sandwich before booting him out of her studio apartment. He eats the sandwich, but he doesn’t go anywhere.

Over three decades after its debut, Terrence McNally’s Frankie and Johnny in the Clair de Lune may seem to possess troublesome sexual politics. It is, after all, a love story about a man who refuses to leave a woman’s apartment. (In this it echoes an earlier, less satisfying revival this season, Lanford Wilson’s Burn This.) But McNally never romanticizes his story, and Frankie (Audra McDonald) spends much of the play pacing, arms crossed, her body language clearly indicating her discomfort to Johnny (Michael Shannon). She keeps apologizing for this discomfort, as if it is her fault. When he tries to have sex with her again, she says, “I can’t,” before correcting, “I don’t want to … There’s something about you that makes me feel like I’m letting you down all the time.” He insists he is motivated only by an overwhelming feeling of love, and it is true that Frankie is afraid of intimacy, of vulnerability and heartbreak. But she is also afraid of Johnny.

Shannon is ideal casting for the role; he has the aura of someone whose failure to deviate from any kind of normality is profoundly weird. Speaking at a slightly elevated volume, his cadence is awkward, abrupt. We believe Johnny when he says, “I’m not good with people … I can’t get away with it for long stretches but I always hang myself in the end.” McDonald, too, is spectacular, making choices that minimize her physical presence; she is always tucking into herself, as if with enough effort she could eventually disappear from view. Frankie and Johnny is suited to such smallness. It is a story about late-in-life gambles, about the concessions one makes when one has more yesterdays than tomorrows. It is a lovely little piece, and one that I hope will continue to serve thoughtful actors and directors for many tomorrows to come.