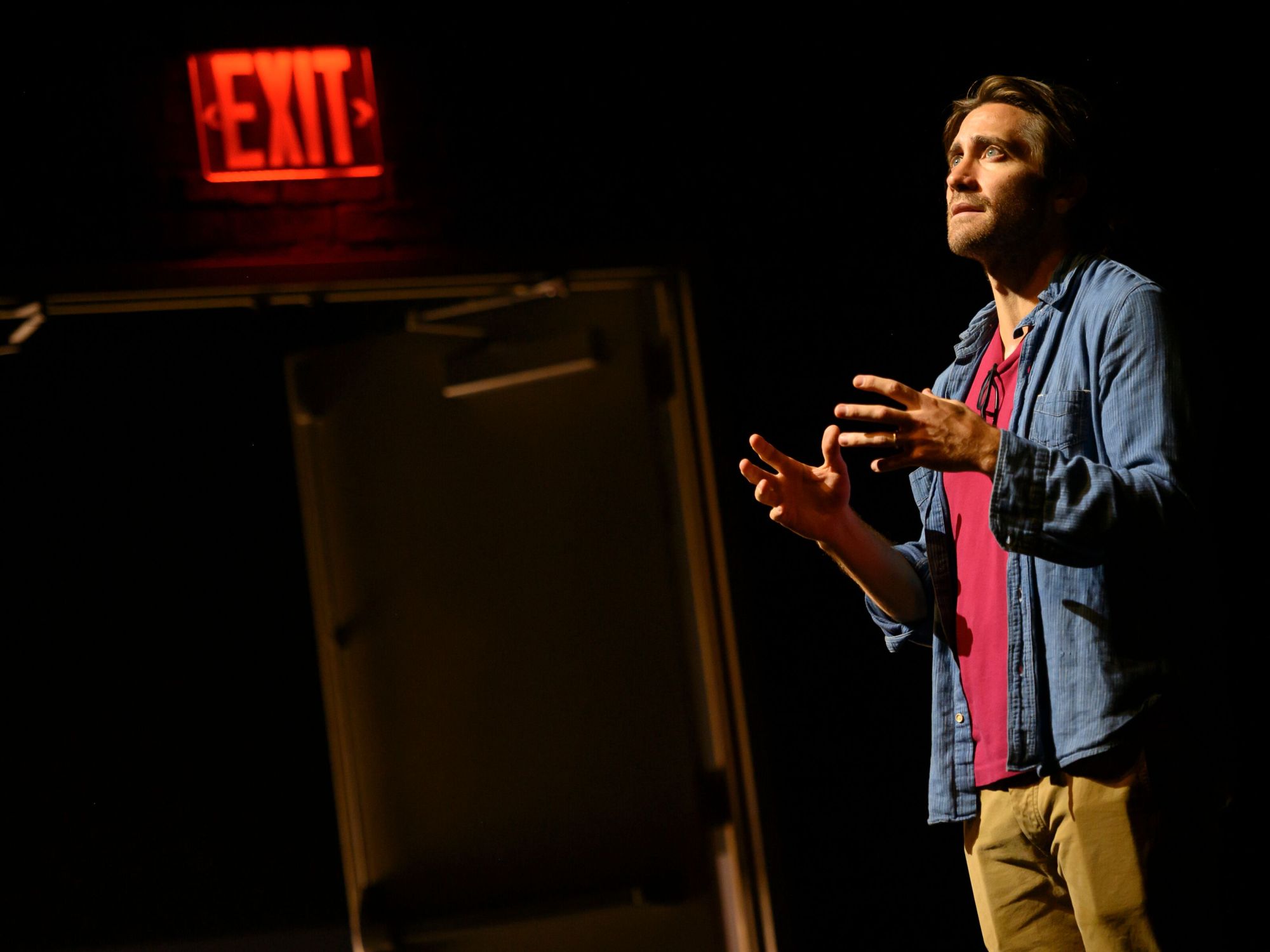 Sea Wall and A Life, a pair of monologues currently running back-to-back at the Hudson Theatre, are small, quiet plays. In Simon Stephens’ Sea Wall, a photographer Alex (Tom Sturridge) tells stories about his father-in-law and his daughter; in Nick Payne’s A Life, Abe (Jake Gyllenhaal) oscillates between narrating his own father’s death and his child’s birth. Both are ordinary men—Alex beams about the “little routines” of domesticity—and both are unmoored by the sudden vicissitudes of fate.

When Alex’s father-in-law takes him scuba diving, he sees a wall drop down hundreds of feet. “I thought it was a gradual slope,” he says. “I had no idea the bed of the sea was built like that.” This, in a sense, is the thematic heart of Sea Wall/A Life: sometimes the floor drops out from under you. Revealing more would spoil the drama, but needless to say, Stephens and Payne are both exploring the intertwined relationship between life and death. Occasionally, when Abe switches from child to father or from father to child, the shift is registered by a musical or lighting cue. But usually it isn’t, and it takes us a moment to realize that he is talking about life, not death, or vice versa. I assume the disorienting effect is deliberate.

Still, I’m not sure a Broadway theater is quite the space for these one-acts, which are intimate and muted and probably more effective in a smaller house. Sturridge and Gyllenhaal rarely move from center stage, which gives us the feeling they are being swallowed up by the surrounding darkness. But it also keeps both Alex and Abe at arm’s length. So, while Stephens and Payne have written affecting if unremarkable works, the choice of venue undermines their relatively modest ambitions. These lives look small by comparison.