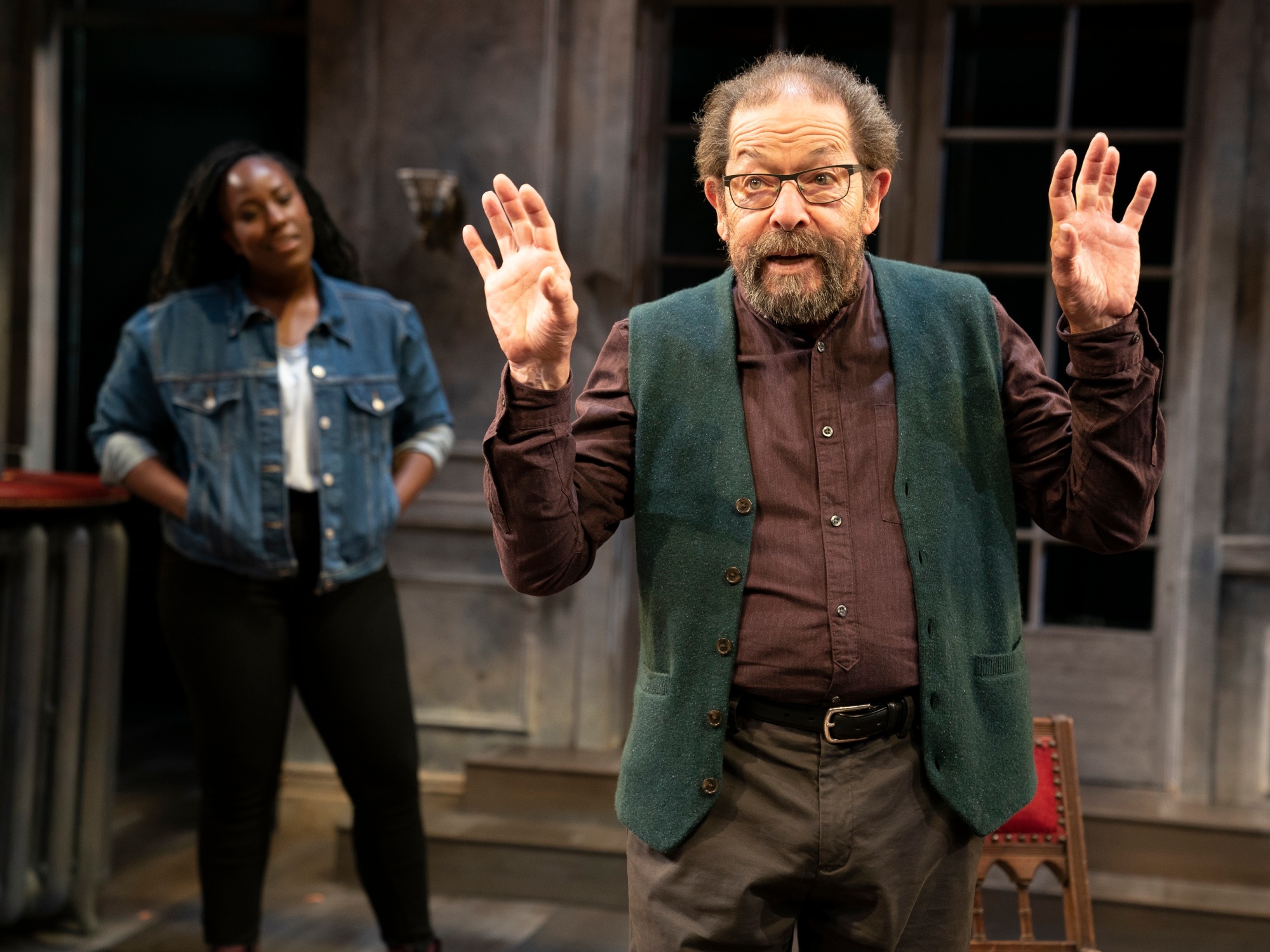 “It’s never worked,” says Tony Kushner (Jonathan Hadary), now a character in a revised version of A Bright Room Called Day. The play, about a group of Berliner artists watching their country fall to Hitler in 1932 and 1933, has suddenly received renewed interest. “I have offers!” he cries, incredulous. This is in no small part due to the current occupant of the White House; fascism is in the air. Mercifully, Kushner squashes the use of his name “because it is … hateful to God,” and he refrains from pandering jokes, the kind of newsy references that get easy laughs but cheapen the text. This is striking considering that the original production, which compared Reagan to Hitler, was accused by its critics of precisely this kind of sloppy and hysterical thinking.

Still, he continues to futz. The play is occasionally interrupted by a contemporary character, Zillah (Crystal Lucas-Perry), whose monologues draw implicit parallels between 1932 and 1985, or 1991, or in this case 2019. Each production has had its own Zillah, and this time around she sings and spars with Kushner, who is distraught over the efficacy of political plays, over the importance of theater in an age of crisis. He also thinks he never quite nailed Zillah, who is “like a formalistic gambit that didn’t pay off.”

It still needs work. The play within the play, about the moral and practical decisions that need to be made as Hitler consolidates power, is not especially remarkable, even if the cast is sensational. In addition to Hadary and Lucas-Perry, whose chemistry brings dynamism to Kushner’s interminable dialogue, there is a slew of first-rate performances from, among others, Michael Urie, Mark Margolis (playing Satan), and Estelle Parsons as a ghost named Die Älte (or “The Old One”).

As for the framing device—in the context of the formally innovative work the Public has done this year—it’s old hat. The addition of a character modeled after the playwright feels like an excuse for Kushner to indulge in excessive speechifying, albeit with a few, self-deprecating jokes. “I just face the audience and harangue,” Zillah complains to her creator early in the play. Kushner the character has now assumed that role, and the result is no longer a gambit but a tired and lazy postmodern trope.