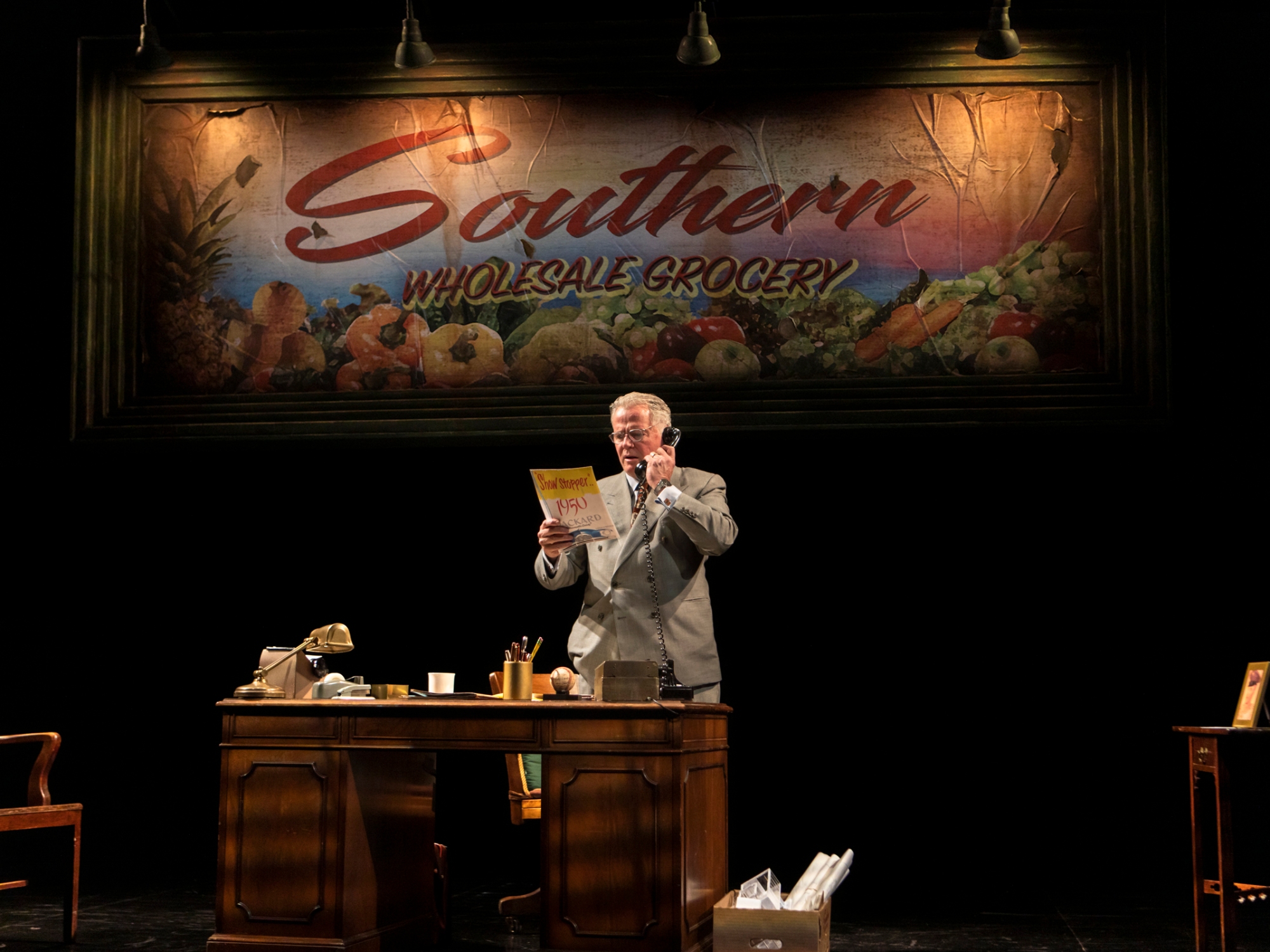 Will Kidder (Aidan Quinn), the subject of quite a few plays by Horton Foote, is a classic American loser, the kind of naïve and disappointed optimist who has populated mid-century works by the likes of Arthur Miller, Eugene O’Neill, and Lorraine Hansberry. Will, however, has seen quite a bit of success in his life—he has just purchased a home in Houston for $200,000—and thus he is a kind of Willy Loman without the hunger.

In The Young Man from Atlanta, Will is sixty-four years old, and his havering takes up much of the oxygen in any room. From his desk at the Sunshine Southern Wholesale Grocery, he holds forth on a variety of subjects, such as the halcyon days of American business, the value of “States Rights” conservatism, and the possible suicide of his son, Bill.

This last detail is the hitch in Will’s American dream, but he soldiers on nonetheless, hiding his suspicions about his son’s death from his wife, Lily Dale (Kristine Nielsen), and even taking it on the chin, more or less, when he’s fired by the son of his former business partner (Devon Abner). What no one says, however, is that all the evidence suggests Bill was queer. The eponymous man from Atlanta, Bill’s roommate, never appears on stage—Will makes sure of that—but we are left to wonder why their son wrote him checks totaling $100,000. In 1950, no less.

The current revival at the Signature is a handsome production, with solid acting from Quinn and Nielsen, who tampers down her usual head-wagging hammery to suit the more sober tone of the material. She also gets the biggest laughs of the show, as Lily Dale is convinced that Eleanor Roosevelt is running a covert “Disappointment Club,” which organizes maids across Houston who agree to work for white women and then never show up. Still, The Young Man from Atlanta, which originated at the Signature in 1995, is a little safe. Written nearly forty years after A Raisin in the Sun, it doesn’t have much to add to this well-worn genre.